Back from my big concert debut, Karl Jennings' The Peacemakers at Mechanics Hall in Worcester.

That was fun. Tiring, but fun.

I hadn't realized how much stamina it was going to take to get through a seventeen-movement, seventy-two minute work standing up and holding a hundred-twenty-plus page score, and I suspect I'll be feeling it for a day or two. That was certainly the largest audience I've ever been in front of. OTOH, it was also the largest chorus I've ever been part of, with over a hundred adult choristers and fifty youth.
Plus it was an excuse to get all spiffed up in black tie: 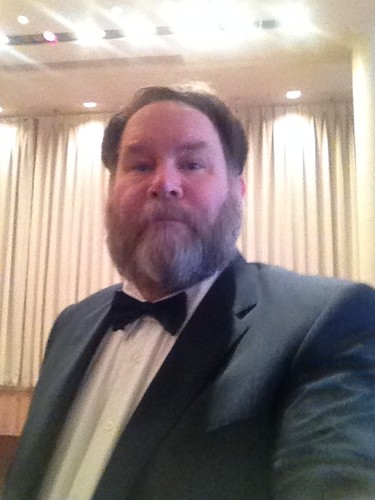